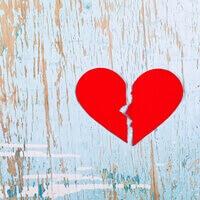 I got trapped on a date once too.

I met her on OKCupid, She looked really cool – Dyed short hair, fashion photographer, older than me (30 to my 20) We send some messages and have a first date, without red flags. She seems to have the the attention span of a goldfish and tells me she has chronic lyme disease.

2nd date – I get invited to her house to watch a documentary about lime disease. Lots of things happen – it turns out that she is actually a red flags wholesaler and I’m on the warehouse tour. When I try to leave at midnight, she has a panic attack and somehow guilt trips me into staying. I agree to stay, hoping the night will come to a natural ending. It doesn’t. and when I try to leave again, another panic attack. She abuses some painkillers in front of me, and then tries to give me trinkets for about an hour.

A couple other shitty things happen, and then I manage to leave the house around noon the next day (another panic attack, but this time I was determined) and drive home. I had gotten about 20 minutes of sleep total. Started crying while driving and had to pull over into a park to call some friends who talked me through it.

I can go into more detail if people are interested. The moral of the story is – have an escape route from dates and use it if you stop having fun. If I’d have had to wait on her to drive me home, that woulda been fucking terrible.

I met this woman in a suburb of DC. If you’ve had a date with someone who might be the same person, let me know – I’d be interested in sharing stories. Anyway, to paint a better picture of her, she had really short, brightly colored hair and was about 5’5″ (I think) and curvy. I was hanging out with her at her house because she was on her period and apparently that meant she couldn’t leave the house due to pain. 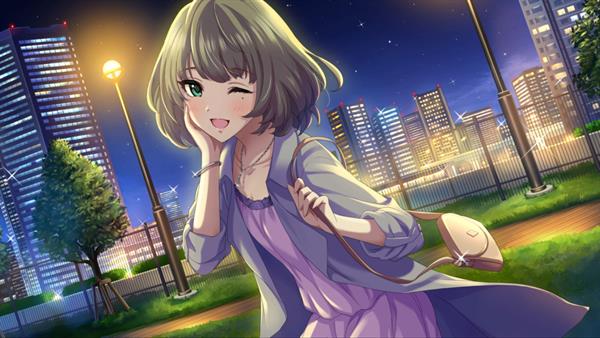 Oh which crazy parts should I tell you about? She basically was incredibly manipulative and was somehow able to get me to agree to basically anything with weird mind games. Whenever I said anything she didn’t like (such as expressing a desire to go home or that I had recieved enough trinkets) she would question what I meant and reform it to what she had wanted me to have said. That or have a panic attack.

I found myself to be quiet around her, I’ve since learned that this is a huge warning sign from myself. If I’m quiet for long periods of time, it usually means that I’m really uncomfortable speaking or mentally checked out. Here it was because whenever I’d say anything, she would twist it.

She was incredibly particular about the light level. I had to try all the different possibilities of lamps for her once she decided the light was wrong.

She was OBSESSED with her FUCKING pandora station. After her first panic attack had stopped me from leaving and we started making out, she kept interrupting everything so she could correct her pandora station. I didn’t even like the music, but didn’t dare tell her.

So yeah, after her first panic attack, I get coerced into staying, and we start making out. It gets hot and heavy on the couch, and we decide to move to her room (she lived with her parents at 30REDFLAG)

Her room is filthy and covered in trash/clutter except for the bed REDFLAG. She tells me she is moving around, so whatever. I’m to far into this thing anyway to turn back at a messy room.

She then took some pain relieving patches she had for some medical problem or other and began to chew them. She warned me she could get totally arrested for this! She sucked on the patches and apparently got the rest of the medicine from them. It was really gross. After this, she suddenly got a lot of energy. Remember, this whole time we were kind of making out and she was fiddling with her pandora station.

So she gets a lot of energy and goes into the other room (a storage room also filled with crap) and is telling me all about her other exes and the people she has photographed etc. She gives me a shiny jacket, some specialty soaps, postcards, and probably something else.

I tell her that that’s enough stuff (I kinda wanted to go back to making out), and she got really mad at me. This was a terrible date!!

Anyway, we go back to making out – and she revealed to me that she has herpes. I tell her that I don’t want to have sex then, and she basically says this “I think that it’s really cool that you are making your own choices about your sexuality and it’s totally within your rights to say no it’s just that it wasn’t a big deal for anyone else and no one else seemed to care and i just feel like you are making a big deal about this and it isn’t even a big deal.”

Then after I reiterated that I didn’t want to sleep with her, she told me “Don’t you think it’s like so intimate to eat someone out when they are on their period (remember she was on her period) Isn’t it just the most intimate and beautiful thing” and I said “Yeah, I suppose so, but I don’t feel like eating you out right now” and she JUMPED down my throat for having the AUDACITY to even suggest that she would DO that with me. She also kept whispering “Fuck Me” in my ear, even after I told her no. It is kinda a miracle that i got out of there with as little sex as I did.

So the sex we did have – she tricked me into taking off my underwear (we were just in our underwear at this point). She had a collection of fancy underwear and offered to let me try a pair on. I was eager too (my gender identity is genderqueer, though I am male bodied – I wear all sorts of clothes) Anyway, once I took off my underwear, she POUNCED on my Dick and started to suck it. Looking back on it, she definitely didn’t ask my consent for this. Anyway, I let her keep going, and made appreciative noises (she was pretty good at it).

I’m getting tired of typing out all the different innocuous things she got angry at me about, but I can suffice it to say that I learned A LOT about manipulative and controlling personalities and behavior patterns that day, and since then have been much better at avoiding them. I spent a sleepless, emotionally tiring and terrible night and left with all my lil trinket gifts in the morning. I broke down crying while driving home, and called 3 friends who talked me through it and told me that I didn’t have to follow through with my promise to see her again. Thank god I didn’t!

I listed her in my phone as “Emotionally abusive $name” and never heard from her again.

I’m on one hand, I’m a little ashamed that I let this go on as long as I did, and that I didn’t just jut out of there at the first signs of trouble. On the other hand, I feel like she took advantage of my forgiving and flexible nature and manipulated me into being basically exactly what she wanted and none of what I actually was. GOOD FUCKING RIDDANCE

PS One more thing that she did that I forgot. She told me she had had sex with over 100 people, and I had only had sex with about a dozen. She then asked if that made me jealous. When I said no, she pressed me on it, and said “What, doesn’t that make you a little jealous? I saw it in your face, you were jelous when I told you! Doesn’t it make you feel a little good when your partner is jealous?” etc etc. I refused to budge on the jealousy issue.She basically tried to change my answer to be what she wanted. Also from that and other things, I could tell that she really really wanted attention, and her behaviors were her way of getting it.

PPS I hope someone reads this, as this thread is a little old!

I know this was old, but thought I’d supply some useless information. Those pain patches were probably opiates. The patches are specifically to keep the release of the medication slow. Chewing on them makes it way faster and can result in an OD incredibly easily.

Please tell me we didn’t date the same person off the same site. Because your account of things reminds me of the person I dated from that site.

I figured she’d have had other victims, I was kind of expecting her to show up in one of these stories. PM me and we’ll see if it’s the same person