Anime Maru is a regularly-updating online publication that is dedicated to bringing you up-to-date news and commentary about the anime industry. 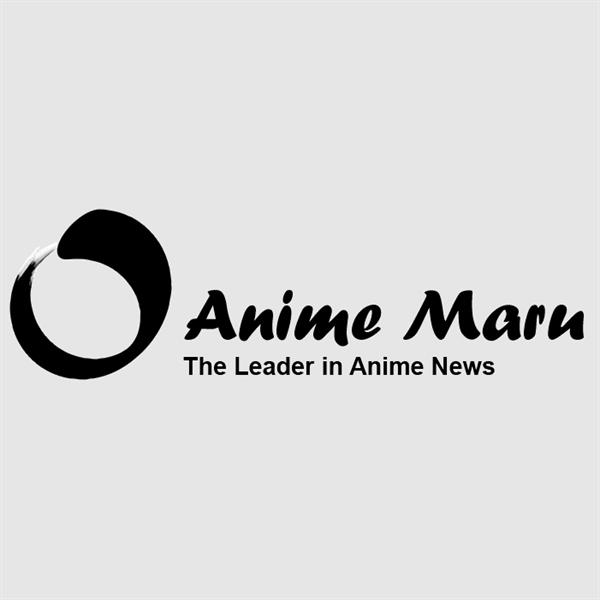 The issue of waste management is an issue for many industrialized nations around the globe. With its large population density, the bustling city of Tokyo is no exception. In an attempt to curb the rising rate of waste, the city’s Chiyoda ward has begun a new recycling initiative aimed at the one of the region’s primary source of waste. The program, dubbed New Laifu for Old Waifu (NLOW), specifically targets proper disposal methods for unwanted figures, primarily of anime and manga characters, with a hope to significantly reduce the amount of plastic waste generated by the city.

“The disposable nature of seasonal waifus leads to a dramatic increase of figurine based waste every quarter,” Yoshida Nishikomi, manager of the program, stated.“Years ago, the average retention rate for waifu was much higher than it is today. These days, many waifu can be forgotten and disposed of within as little as 6 months. People are quick to move on to the next seasonal girl who is getting all the attention at the moment which has led to thousands upon thousands of unwanted figures ending up in our landfills.”

In the past, the city would deal with disposed figures by simple incinerating them but concerns over air pollution caused by the brightly colored paints have halted the practice. The NLOW program works to salvage the plastics used in many figures for use in manufacturing new products. Figures are melted down and turned into more useful items such as plastic cups, garbage bins, step stools, and adult diapers.

“We have had great success with the program so far,” Nishikomi explained to Anime Maru. “Those Hestia figures are particularly useful right now; we get pallets of them coming in every day and the excessive plastic in the chest pieces allows us to salvage a lot of material out of them during the recycling process.” Mark Josey, living a happy married life with 3 children, has only recently recovered from his awkward man-crush on Astolfo from Fate/Apocrypha, is once again been presented a new set of challenges. Japanese anime isn’t letting him go that easily.

“I cannot tell anyone I’ve masturbated to phosphophyllite. The sound of that is absolutely horrible. I have to keep the fact secret from my wife.”

According to Josey, the fact he now has to spend large amounts of time contemplating on whether it is morally correct or not to have sexual thoughts about minerals is the kind of philosophical depth he never wanted his entertainment have. Previously, anime has forced him to question his values regarding sexualization of other inanimate objects and, for example, animals.

“Thank God we have things like My Girlfriend is a Faithful Virgin Bitch airing this season. Getting turned on by drawn high-schoolers makes me feel like I’m just your regular creep, nothing more. But stones, that’s where I decide to draw the line.” Andy Seung is an avid anime watcher and a long time Sword Art Online fan. His collection of Sword Art Online light novels, video games, figures, posters, and Asuna body pillows is paralleled by few, and he has rewatched the entire series and total of 47 times. However, Seung has never admitted to his peers that Sword Art Online is, in fact, his favorite anime series.

Seung has been secretive about his love for Sword Art Online ever since he realized his group of friends despised the anime series. When discussing the show, Seung would always agree with his friends, describing it as, “one of the worst anime [he’s] ever seen.”Along with 163,000 other users, Seung created a secondary MAL account just to rate the first season 10/10, hidden from the prying eyes of the friends he tried to deceive.

With the recent announcement of a third Sword Art Online season, as well as a spin-off adaptation, a dedicated fan such as Seung would reasonably by overjoyed by this development. However, Seung responds to this news not with delight, but fear.

“I know that if I tell my friends I’m excited for the new season, they’ll just say my taste in anime is shit. This really came at the worst time. I was thinking that enough time had passed since the first season for people to have forgotten about it, but now it’ll be at least another five years before I can come out,” Seung told Anime Maru. “Please don’t tell any of my friends about this.”

“What a degenerate piece of trash,” one of Seung’s friends, Chad Wilson, said after we immediately ratted him out. “I bet he’s not even excited about FLCL 2. We are no longer friends.” While the basic version is free to play, players can use micro-transactions that allow them to run the randomization algorithms multiple times a day, or unlock rare random seed files and hope for a chance to acquire more unique characters.

“In terms of design, Fortuna Mobile Revolution really captures the essence of what makes mobage so popular,” said Daniel Fairbanks, a mobile application market analyst at Nielsen Media Group. “Unlike Fate/Grand Order, it eliminates the painstaking process of narrative and gameplay and skips right to the euphoria of under 1% probability rare pulls.” North Korea leader Kim Jong-un denounced Japan’s alliance with the United States and declared that his country would commence with a demonstration of force within the coming months. The new project which the nation is calling ‘The Supreme Leader’s Live: Democratic People’s School Idol Project’ was declared by Kim Jong-un.

North Korea further added to its threat stating that its idol unit is already capable of reaching the hearts of fans in major cities across the west coast of the Untied States. While United States intelligence does not yet understand the full capabilities of North Korea’s idol unit, it does not believe that North Korea has the current ability to come within range of the United States. However, with enough training sessions intelligence believes that North Korea could be capable of reaching the west coast with its idol influence by the end of the year.

“We already have the official merchandise and Blu-ray set ready for his Glorious Leader’s idol project,” Idol Promotional Manager of the Democratic People’s Republic of Korea Kwon Jong-su announced. “American leaders have continued to show their true arrogance and incapability of understanding the true appeal of idols. Soon the world will come to recognize the sounds and superiority of his Glorious Leader’s Democratic People’s Republic.”

Pyongyang citizens took to the streets to demonstrate their support for the new idol project with thousands of workers holding up banners and light sticks in support of the nation’s idols. The Workers’ Party of Korea began gathering top North Korean officials in order to go over the chants they would perform at the upcoming live performances and which colors they should pick in order to support their favorite girl.

The United States administration declared Kim Jong-un a reckless leader with no understanding of the production of idol songs. South Korean President Moon Jae-in responded to the news stating that his country would not stand for threats towards its cultural security. The South Korean military followed the announcement by blaring K-pop for several hours on loudspeakers aimed across the border. Japan announced that it would stand with its ally the United States; however, Japanese diplomats were later found secretly pre-ordering the limited edition Blu-ray set anyway.

Ok, for liability reasons, I have to come clean. Anime Maru is a satirical publication. Nothing on this site should be interpreted as factual nor as a claim to fact. Content is not reflective of opinions held by the staff of Anime Maru. Content is not intended for readers under the age of 18. In conclusion, Anime Maru is fake anime news. If any of this is a surprise to you, I recommend speaking to your mother. She has something to tell you about the tooth fairy.

Tasteful elitist and local negotiator, Roger spent his early days being raised by a pack of wolves. He traveled far and distant lands to find Rakuen. While he was searching, he stumbled upon Anime Maru. Using his negotiation skills, he managed to get a gig there. One day he hopes to find a place where both casuals and elitists can all get better taste in anime. He also has a Twitter account to spread the good word of Takashi Kamiyama: @MPCaraturo

Sustaining on instant noodles and a wavering DSL connection, it is uncertain how Vestro has continued to survive let alone still form a cognitive thought. Regardless, he still manages to come out of his soba induced coma now and then. He can be found spending his time pretending to understand Japanese media as well as picking up the remaining shards of his broken dreams.