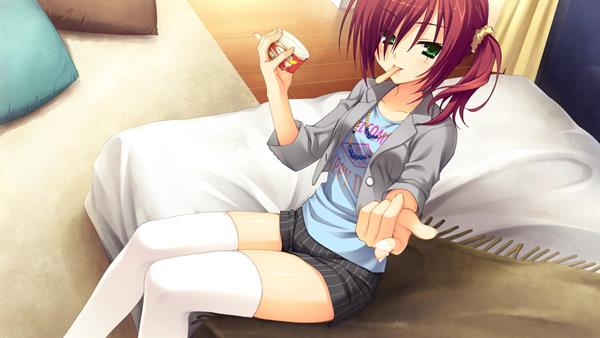 Was an English Teacher in Japan at a high school. I had the foreign-hot factor going for me, plus I was 21,22 at the time so by far the youngest teacher at the school.

When I first started, there was a comedian in one of my best classes. Genuinely funny, even in English (which is rare for a 16 year old learning a language). I only taught him his first year, but would see him around the hallways afterwards. He regularly asked me what my favorite food was, and if I would like to go get it with him. I’d say, “Maybe next time!” He eventually asked me to pretend to be his girlfriend in a film his class was making for a field trip. Of course I said yes, and the scene involved him introducing me to his friends in class, me linking arms with him, smiling and saying, “Hi! I’m quetzlthethird!”

Another time, I had one freshman student run up to me dragging his friend, and proceed to try and tell my in English his friend had a crush on me. Only, he didn’t know how to say it in English, so it came out like “My friend!” he grabs his friend in a headlock “My friend! He… you!…” then proceeded to ask the other students around how to say, “My friend has a crush on you in English. I laughed, pretended not to understand (the friend was tomato red by then), and said I had to get going, and to have a nice day.

As an exchange student in Japan, I had the same thing(s) happen to me!

Girls were literally all over my friends and I, and I don’t consider myself too handsome (I’m certainly not George Clooney).

Fuck it, I’m going to Japan.

No. We’re going to Japan.

I used to babysit a little boy that would get dressed up for me whenever I came over. He was really smooth about it though. If he knew he was going to be babysat, his mom said he would dress nice for the whole day to not arouse suspicion. He would only play his video games and do really non-active things so he didn’t get his clothes messed up. His tell was that he combed his hair, which he never did without being told. He was the little brother of my best friend at the time, so I knew what he was really like, but it’s like when I babysat him it was date night or something. We would play board games and when I had him put his pjs on, they would be the really nice 2-piece button up ones. He never tried anything, thankfully, but I thought it was so damn cute.

I had crushes on my babysitters when I was little too. I was too little to remember but my mom reminds me that I would always ask for the “girl with the hair like vanilla ice cream”

Older girl comes to your house to take care of you — what’s not to love?

I had the biggest crush on my first grade teacher and would always sneak around to the parking lot side of the school and pick dandelions for her.

Had a teacher in high school who met up with students after they graduated and slept with them. I heard he got fired and arrested this past year because he decided to take a chance on one of his current students and asked her out to coffee and back to his place. Unbeknownst to him, she was lesbian and went and told the administration right away.

“Yo, Ms. Kanyesbathroommirror, my eighteenth birthday is next month.”

“You don’t understand, Ms. Kanyesbathroommirror, I got it bad for you, yo.”

“Hey, Ms. Kanyesbathroommirror: I had a dream about you last night.”

I was teaching organic chemistry last year. Was 25 and I’ve come to realize that I’m quite attractive. Plus being a swimmer doesn’t hurt. Anyways, one female student would come to my office hours to shamelessly flirt with me under the pretense that she needed extra help. Turns out she did. I told her that I would only continue meeting with her if she came prepared with all her work done, in her handwriting. So she did. Moved from near the bottom of the class to getting the second highest score on the final exam. I flirted back every so often, though very subtly. I never told her that I was gay.

I’m not especially attractive or anything, but when I was in Korea teaching ESL, I was the token white guy at a school in a small town called Jeonju. The principal would actually lend me out to other schools so they could brag to the parents that they had a white guy on staff. I went to this one school once a week, and the kids would freak out whenever they saw me, pushing and shoving each other to get closer and give me candies or whatever. When I was sitting in the office, they’d all be pressed at the window fighting to get a look at me.

Once one of them played a joke on their friend and opened the office door and pushed her in there with me, slamming the door behind her. So it was just her and I in there, and a crowd of kids laughing their asses off outside. The kid was so embarrassed that she just started pounding on the door for them to let her back out. It was like they’d pushed her into the gorilla’s cage at the zoo.